Our team provides comprehensive designs and high-touch service to our valued clients who look to us for guidance when making impactful decisions about their family’s future. With a depth of experience and a steadfast commitment to serve our dynamic clientele, we are poised to cater to your unique needs. 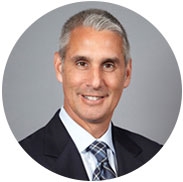 As a leading practitioner in his field, Fred Gaber, CLU has developed a well-deserved reputation as a renowned professional specializing in estate planning and life insurance architecture. Gaber Group’s success stems from Fred’s vision of building intimate client relationships while providing families the comfort to know their financial and estate affairs are handled discreetly and professionally. Communication, full disclosure and personal relationships are at the core of our business — and Gaber Group promises the highest standard of excellence in client satisfaction.

"Our clients are like family, and we value the personal nature of our business relationship with them. Working with our clients’ advisors is at the heart of Gaber Group and is how we build plans that directly support our clients’ objectives. Whether a client is focused on wealth preservation or creation, our firm has the experience, concepts and knowledge that contribute to living a secure, satisfying and abundant life." 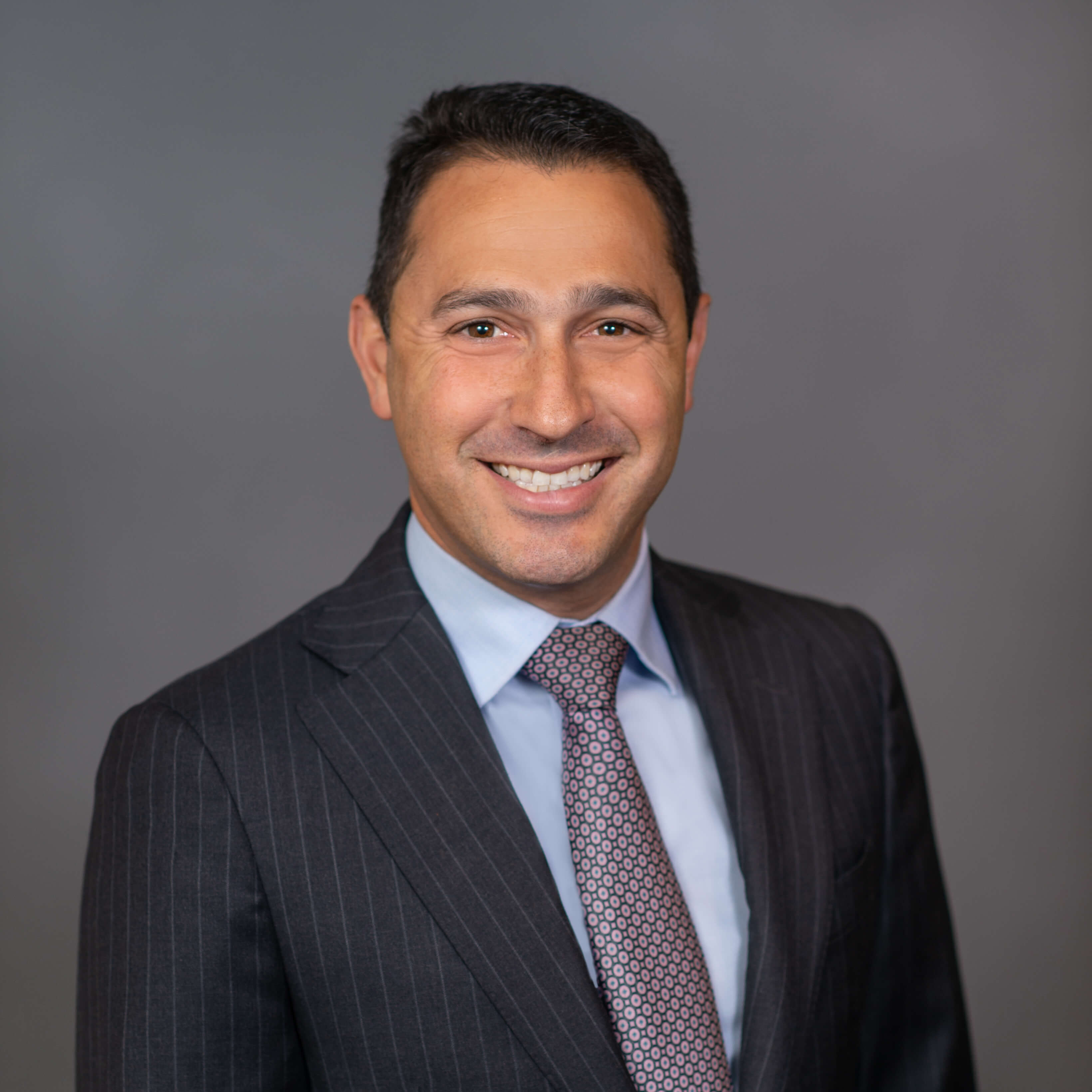 Hunter Gimbel is the CEO and Managing Partner at Gaber Group. Hunter and the Gaber Group team specialize in life insurance, advanced estate planning strategies, multi-generational wealth transfer, retirement and business succession planning as well as employee benefits. Hunter has been in the financial services industry since 2005. Prior to joining Gaber Group in 2016, Hunter worked at Rosenzweig Financial Services for seven years.

Hunter is on the Board of Trustees for the Development School for Youth (DSY), a non-profit organization that helps inner city youth develop skills for future careers through paid internships and workshops.

A native of New York, Hunter graduated with a Bachelor of Science in Business Management from Indiana University Bloomington. He and his wife reside in Cold Spring Harbor with their three children. 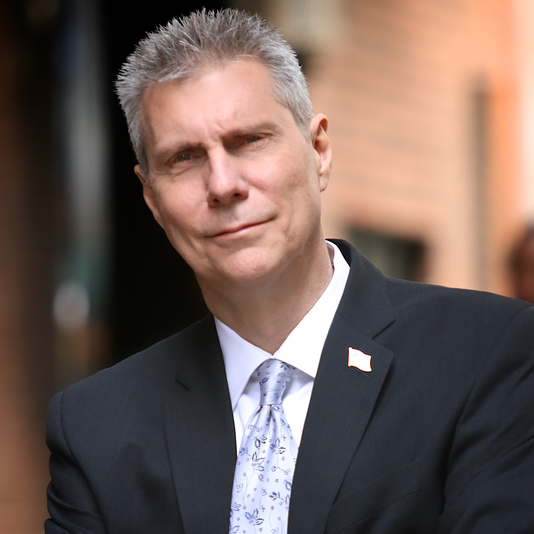 Scott J. Silbert joined Gaber Group in 2021 as an Executive Director and Creative Wealth Strategist. Scott is also the CEO and founder of Creative Planning Strategies, an innovative financial services firm that helps ultra-wealthy families generate exceptional financial results through an exclusive three-dimensional planning process. Scott’s prior experience and success will offer the Gaber Group clients with a unique and strategic perspective that will help them become more efficient, better protected and generate considerably more net spendable wealth versus their existing plans. Scott’s value-add to the Gaber Group team will be focused on multigenerational planning, providing knowledgeable and creative solutions to complex scenarios in an everchanging environment.

Scott got an early start in financial services, working with his grandfather, renowned philanthropist and Sterling National Bank (NYSE: STL) CEO, Theodore H. Silbert. While Scott started with a traditional view of money, he quickly realized that money is three dimensional and moving all the time. In order to give his clients a more accurate view of their wealth, Scott developed 3D Wealth™, a planning approach which harnesses proprietary software to better design and measure wealth strategies. 3D Wealth™ strategies provide extraordinary financial freedom and flexibility, allowing clients to spend and enjoy their wealth without negatively impacting future generations.

Scott’s clients include retired CEOs of Fortune 100™ companies, senior partners at renowned investment firms like Goldman Sachs and Apollo, and owners of some of the largest closely-held enterprises in the country.

Scott is active in many charitable organizations, loves classic rock and roll and contemporary jazz, and enjoys collecting electric guitars. He and his wife split their time between New York City and Aruba. They have three grown children and an adorable apricot teacup poodle, named Zuzu. 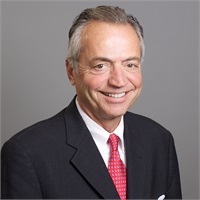 Paul E. Vignone began his career with Penn Mutual in 1998 as Managing Partner of Planning Center for Professionals, Penn Mutual’s career agency in New York City. In 2012 he became an Executive Consultant to Penn Mutual. Throughout his distinguished career, he’s earned many of Penn Mutual’s awards, including its most prestigious, the National Chairman’s Award. In addition, the General Agents’ and Managers’ Association (GAMA) has consistently recognized his contributions to the industry, including honoring him with its coveted First-in-Class Award and 13 Master Agency Awards.

A past 1st Lieutenant in the U.S. Army, Paul is a Vietnam Veteran and earned a Bronze Star for Valor during his service. He is Series 6, 7, 22, 24, 26, 63, 68 licensed, and holds Chartered Life Underwriter and Chartered Financial Consultant designations. Paul resides in Allenhurst, New Jersey with his wife, Dee. They have two children and two grandchildren. 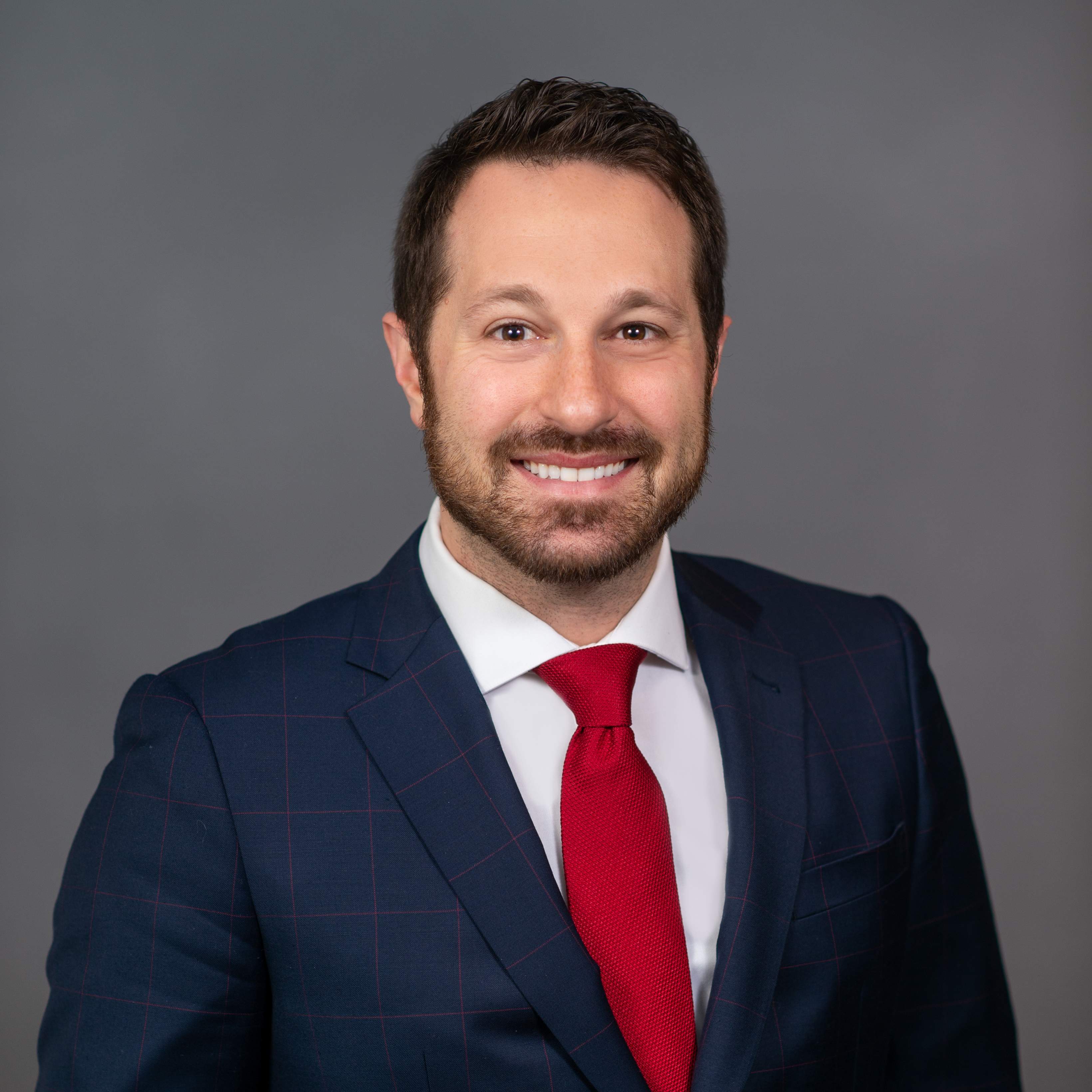 Evan Pollack has over nine years of industry experience working with physicians and financial professionals. Evan joined Gaber Group in 2019 to assist in delivering the best results for individuals and families in their estate planning. Evan specializes in advanced planning solutions, focusing on unique and robust life insurance and tax-efficient strategies.

Originally from York, Pennsylvania, Evan now lives in Manhattan with his wife. In his spare time, Evan enjoys playing volleyball, volunteering with New York Cares and Culture for One, exploring NYC’s best eats and spending time with friends and family. 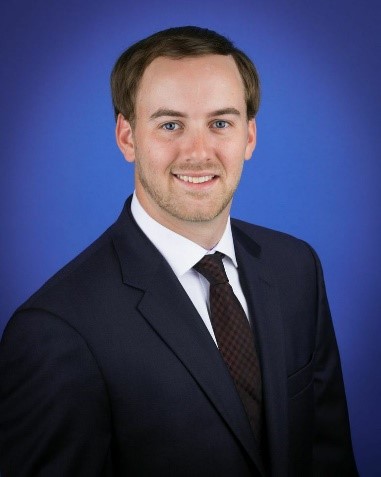 TJ Riley, Vice President at Gaber Group, has over seven years of industry experience in dealing with corporate executives and financial professionals. TJ joined Gaber Group in 2020 to continue to add tremendous value for individuals and families in their estate & financial planning. TJ specializes in advanced planning solutions, focused on unique and robust insurance and tax-efficient strategies.

TJ is originally from Moorestown, New Jersey and currently lives in Jersey City with his Fiancé, Becky. In his free time, he enjoys playing golf, tennis, hiking, and spending time with friends and family. TJ graduated from The College of New Jersey with a bachelor’s degree in Communications and Managerial Account. At school, TJ was the Captain of the Men's Tennis team and is currently in the school record books for being one of the players that accumulated the most wins in four years. 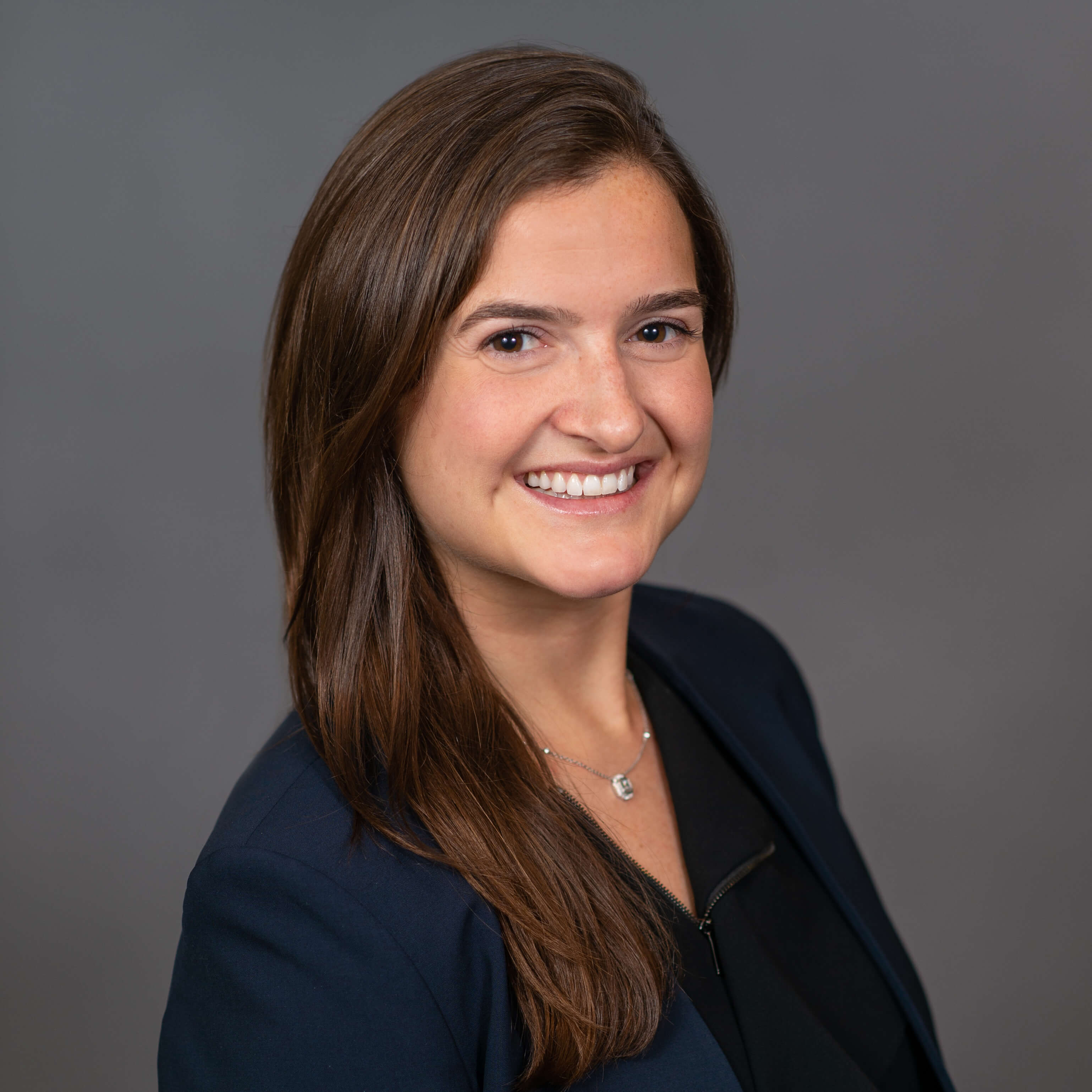 Hadley Haacke joined Gaber Group in 2018 to help drive client relations. In her role as the Executive Assistant, Hadley is responsible for the day-to-day client communication and support.

Hadley serves as the primary contact for external partners and assists the executive team on special projects involving complex business initiatives together with annual reviews and interrelated quantitative analysis. Her attentiveness and superior communication skills reflect her exceptional character. Hadley strives to address every client’s needs, making her a trusted member of our team.

Prior to joining Gaber Group, Hadley spent almost 10 years in the financial industry, most recently working at Carlyle in the Private Client Group. 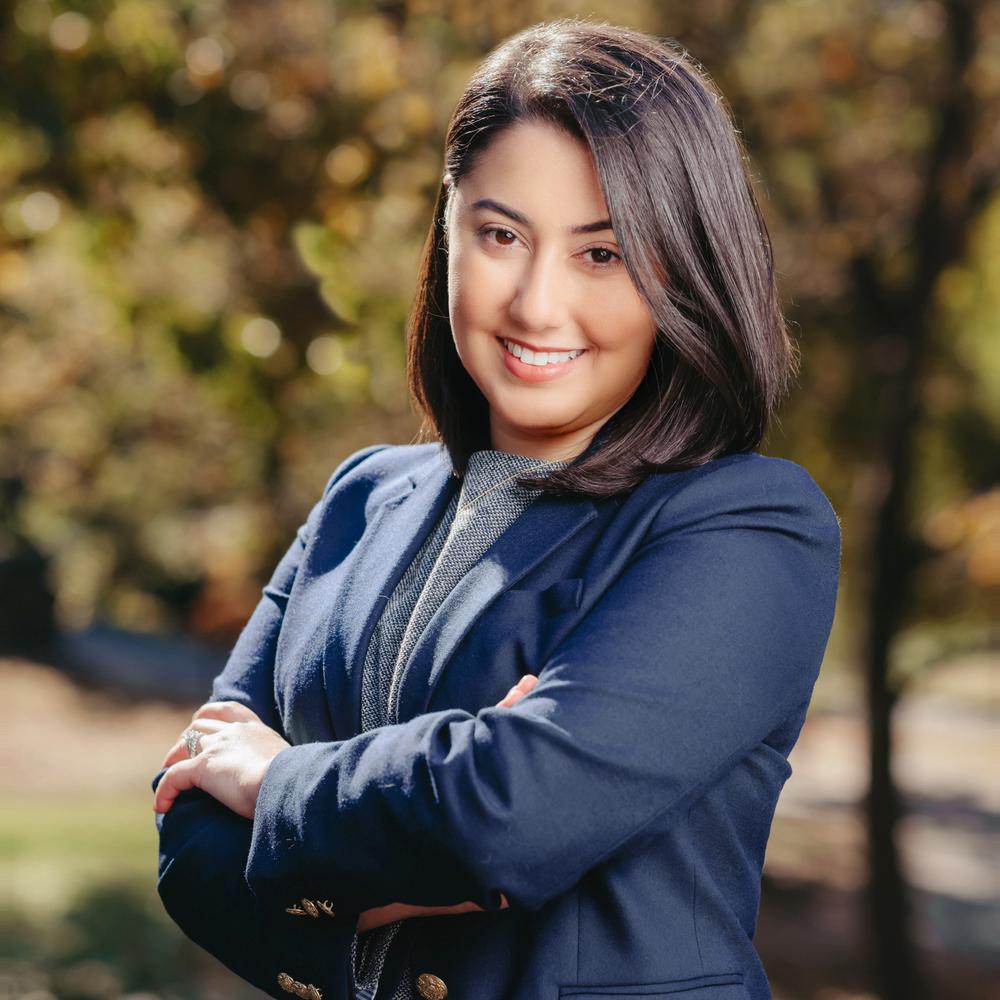 Megan Kennedy joined Gaber Group in 2021 as an executive assistant. Megan has worked in the insurance industry since 2015, previously working at Northwestern Mutual. With her past experience, Megan brings additional expertise and support to the team and our clients.

Megan currently lives in New Jersey with her husband, Gerardo. In her spare time, she enjoys hiking, traveling and spending time with friends and family.